Upsets are one of the great parts of March Madness. We’ve seen some pretty big upsets in the NCAA Tournament over the years, and more are likely to come in the next few weeks.

DraftKings Sportsbook in Michigan wants to help you turn those upsets into cash with a simple promotion for new users.

The sportsbook is offering a promotion that will give you a chance to win $256 off a $4 wager on an underdog.

How to get +6400 odds on NCAA underdogs at DraftKings

First off, this DraftKings MI promotion is limited time and only for first-time DraftKings depositors. New users can get +6400 odds on an underdog for select Conference Tournament games and all games in the first two rounds of the NCAA Tournament.

The promotion will run throughout this week until the last game of the second round tips off next Sunday.

To participate, just do the following six steps:

As with all sportsbook promos in Michigan, there are max wagers and qualifying bets to follow. For this March Madness bonus, the max wager is $4 with one qualifying bet per user.

By now you’re probably asking, “Which underdog should I pick to boost?” There are, of course, this weekend’s conference championships that are always worth a look. But for the sake of argument (and because we know how much March Madness is beloved), let’s look closer at the NCAA basketball tournament.

The NCAA Tournament has never been short on upsets and more are sure to happen next week.

Double-digit seeds have been able to consistently upset their lower-seeded opponents. Here’s a look at the most likely underdogs to pull off the stunner: 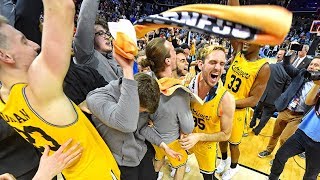 Keep an eye on the First Four

One of the recent additions to the NCAA Tournament has been the First Four. Those are two games each played on Tuesday and Wednesday to fill out the field.

Two of the games feature 16 seeds playing for a chance to face a 1 seed.

The other two are the last four at-large teams to get in playing as anywhere from 11 to 13 seeds for a chance to face a 4 to 6 seed.

Those higher seeds have gone on to success in the following round in some cases.

Since beginning in 2011, at least one of the two at-large, First-Four winners has gone on to win at least one more game in the NCAA Tournament. The 2019 tournament marked the first time that didn’t happen.

Other good targets for first-round upsets are conference winners that have racked up a lot of wins during the season.

They come in with confidence and tend to have playmakers that can take over a game. Both of which are key components to a winner.

Here are three current automatic qualifiers to keep an eye on this week: