One way the Michigan online poker market and its sites could grow over time is by using a playbook from the past.

To turn into a real moneymaker, the market could use its … well, Moneymaker.

Michigan’s new regulated online poker market will likely never approach the popularity of the poker boom of the mid-2000s, when games could be found in every college apartment complex and beyond.

But for the game to catch steam in the state maybe a few stories like Shawn Barbat’s wouldn’t hurt.

Online poker, as well as local cash games, were all the rage back when Chris Moneymaker won the 2003 World Series of Poker Main Event in dramatic fashion.

Moneymaker was a perfect Everyman to help fuel the rags-to-riches transformation the game would soon undertake.

All that momentum came crashing down on Black Friday in 2011. That’s when, on April 15, a federal court shut down the industry’s biggest online poker sites.

After nearly 10 years, regulated online poker returned to Michigan on Jan. 29 of this year with the launch of PokerStars MI.

Michigan has a strong poker tradition, with two natives winning WSOP Main Event titles over the years: Joe Cada of Shelby Township in 2009 and Ryan Riess of Clarkston in 2013.

The best players should continue to show up on Michigan online poker sites as prize pools increase.

Michigan’s first big tournament, the PokerStars Michigan Classic, had a $500,000 guarantee in April.

The winner wasn’t an accomplished veteran player, however. Rather, it was the kind of upstart story that could get other Michigan players to think they could win big tournaments.

Barbat said he played online poker during the boom as a teenager in Shelby Township.

This year, the now 33-year old Barbat picked poker back up upon legalization. He said he won a $5,000 tournament and another $10,000 event heading into the two-day Michigan Classic over Easter weekend.

“I just kind of played,” said the engineering information technology specialist, who now lives in New Baltimore. “I don’t know what shifted. You see enough hands, I guess you get better. You get some good hands, and you’re on a roll.”

‘moneydijon’ gets on a spicy roll at Michigan Classic

Barbat, who goes by the screen name “moneydijon,” got hot during the Classic, which featured 1,551 entries.

He was struggling near the close of Day 1, but he rallied near midnight to enter day two in decent position. Barbat was near the middle of the pack.

He said he enjoyed the break after day one, ending at midnight.

Barbat said he caught a lot of cards on Day 2 with low pockets, slow-playing and catching trips consistently.

“It’s really hard to tell when someone has that kind of hand,” Barbat said. “I won two or three big pots doing that.

“I wanted to be first,” Barbat said. “I was really dialed in.”

He forced out some of the smaller stacks and eventually took the $76,319.05 prize with a straight on the final hand. 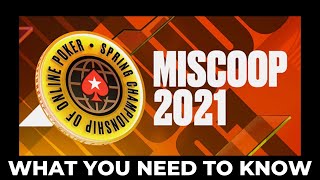 Barbat will compete in MISCOOP through PokerStars

The event runs through May 24 and features 120 tournaments.

PokerStars comped Barbat for a a few of the MISCOOP tournaments, including the Main Event.

Who knows? Maybe Barbat will be among the next wave of big Michigan names.

Coincidentally, Barbat was friends with a friend of Cada’s before the fellow Shelby Township hit it big in Las Vegas on the poker circuit.

He remembers Cada was already emerging in the online poker circuit, and he covered Barbat’s hotel room as a favor after Barbat had a bad night with friends at the Windsor blackjack tables.

“He was coming up online,” Barbat said. “Then I saw him on TV getting the win.